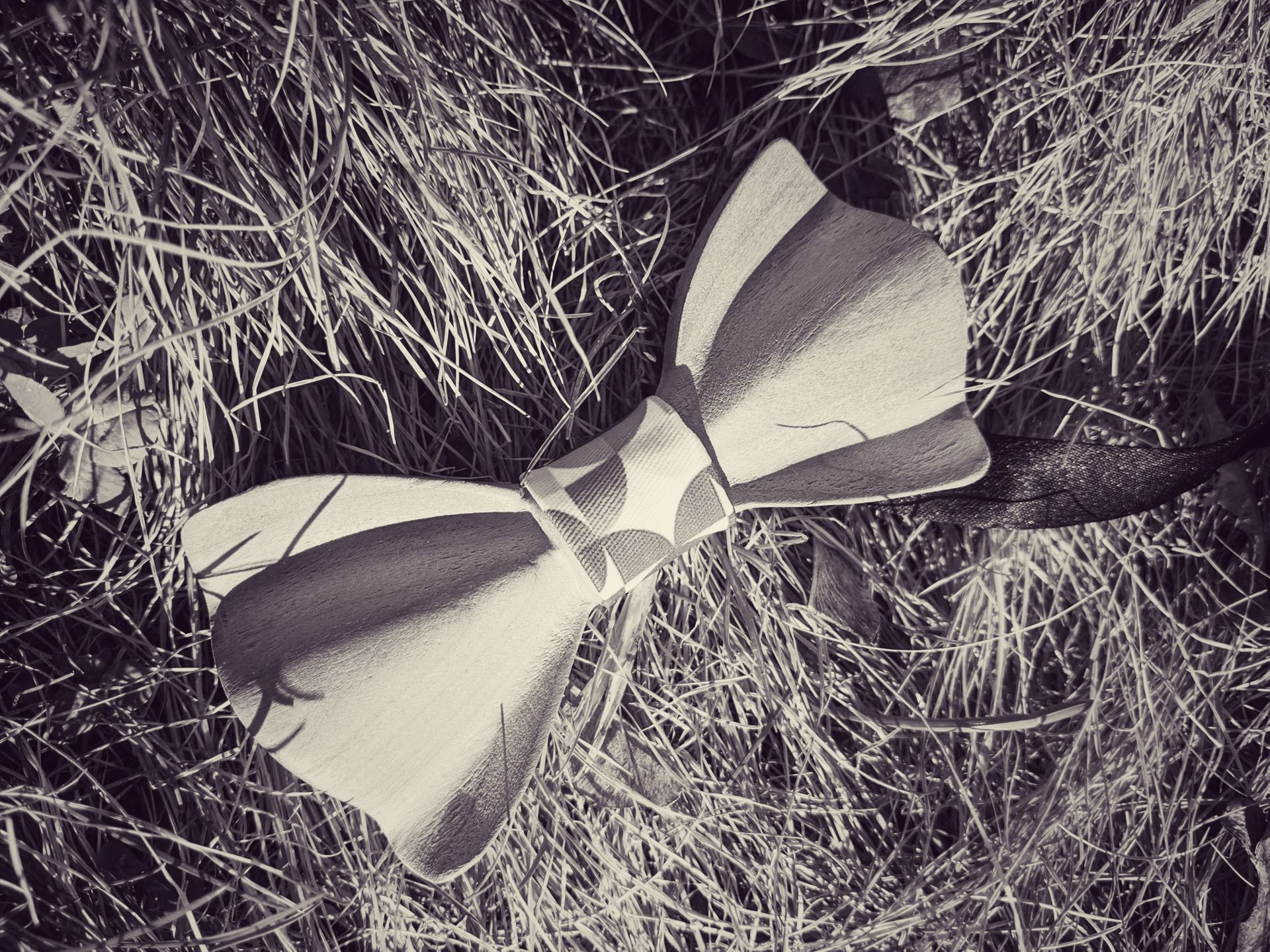 They want evidence,
cold hard fact.
They want his picture taken to prove
that he is more than decadence,
more than a superficial
artifact,
crafted by human celebration,
a soft man
created to be their
genteel bow-tie metropolis man
wearing teal, not green,
a crossing-his-legs-out-on-the-scene man
with soft hands
wearing pointed toes, not steel.
He is only in their minds,
something they find appropriate
to construct,
somebody they think would be
a good fuck,
bottom, they say, because he looks delicate,
a boy Delilah
who can make great men stumble
a sweet Calcavella,
the catalyst
for making great cities crumble,
definitely not a works-with-his-hands,
trekking back-country,
falling-for-a-horticulturalist man.
They know him, they think
(but they don’t),
because they see him
and that’s enough for a taxonomy,
something like astronomy.
Watching stars in the distance
has great margin
for error
and so they name him quickly
because something indefinite will always
cultivate terror. 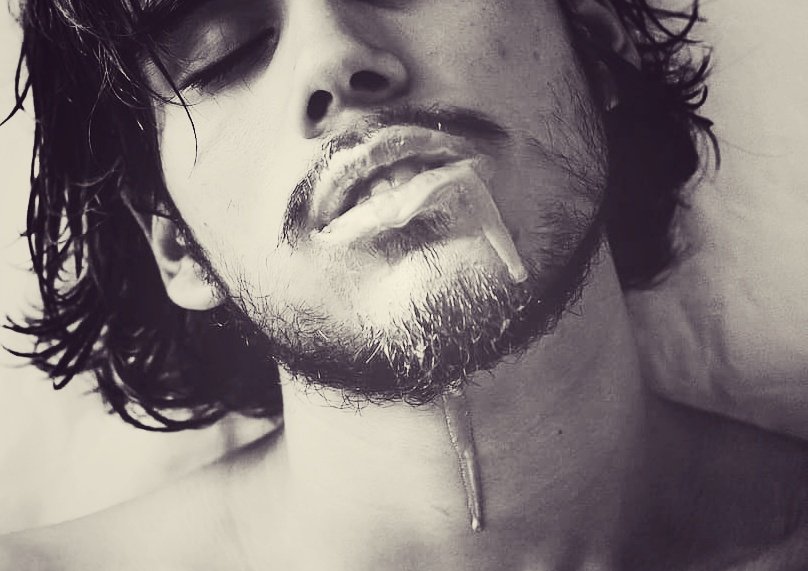 I want to make him
eat
all his words in bite-sizes too big
to swallow,
so that he
chokes
on his intentions,
leaving his deceitful gifts undelivered,
dribbling excuses over his
chin,
running down his chock-filled
throat.

I want dusk to settle in his
cheeks,
while his
eyes
plead for my Heimlich
and his slippery fingers clutch in vain,
imploring mercy,
receiving merely
a pat
on the back
for making me think he was more
than random. 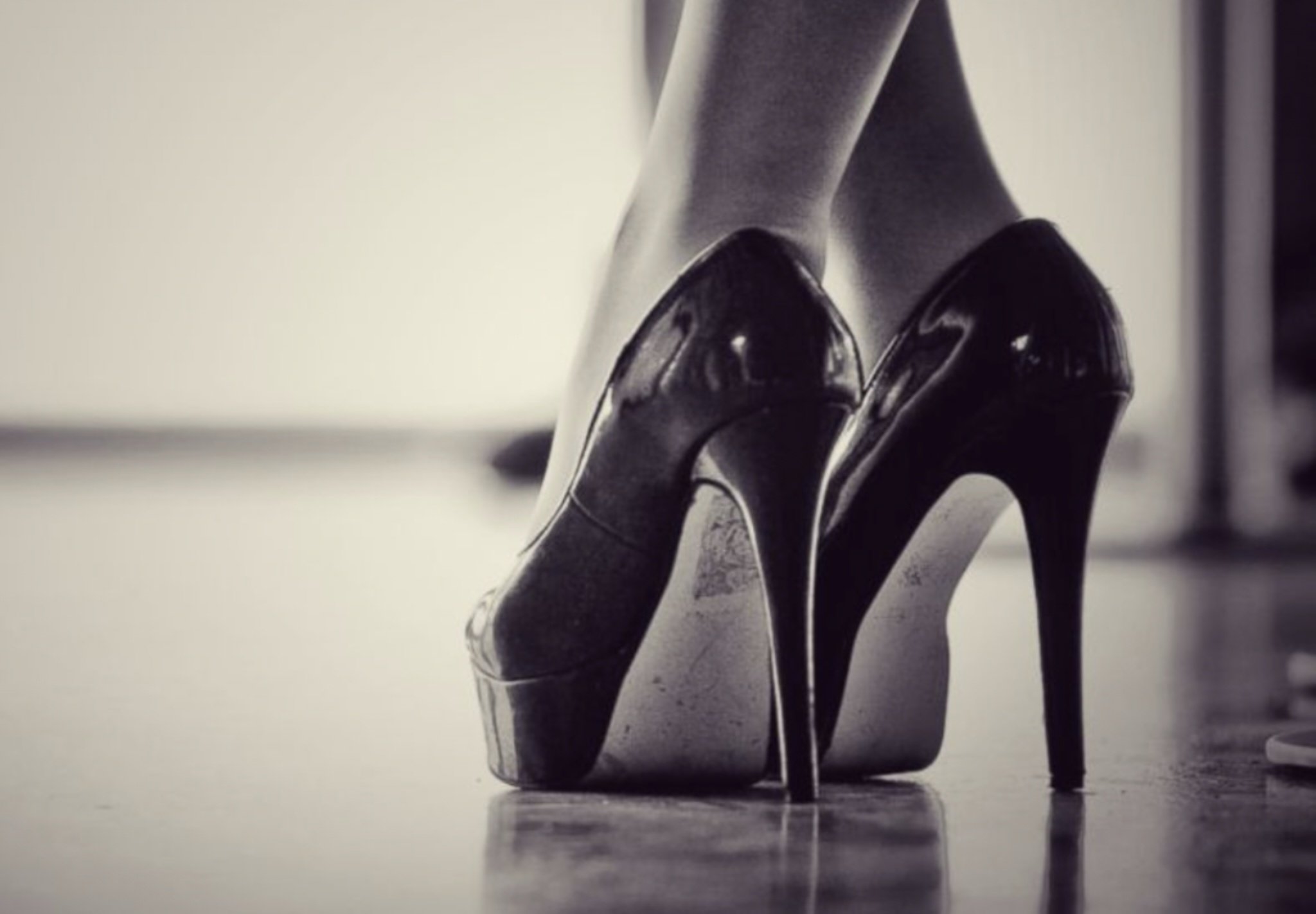 It was an unclean kill, a spine-crunchingly majestic twist, and then something warm spilling down my legs, soft fingertips down my back.
Listen, she whispered.
All I could hear was her breath, so steady, so effortless in my ear.
The first time I kissed her, we were out on the porch, gardenias whorling through my nostrils.
She was shaking then.
Now she is so solid, a pillar of disemboweling strength, so stoic – a culling monolith with skin like marble.
I’m letting you go, she said, smiling.
Her teeth were blinding.
I slumped to the floor, the cold ceramic tiles a shock to my naked body, but the fire rolling under my skin was like comfort.
I thought about truffles melting on my tongue.
Goodbye, I thought.
She stood over me, her body moving away like smoke – a malicious spectacle.
She was too clever by far.
And I was her most finely stitched kill, the first of her collection. 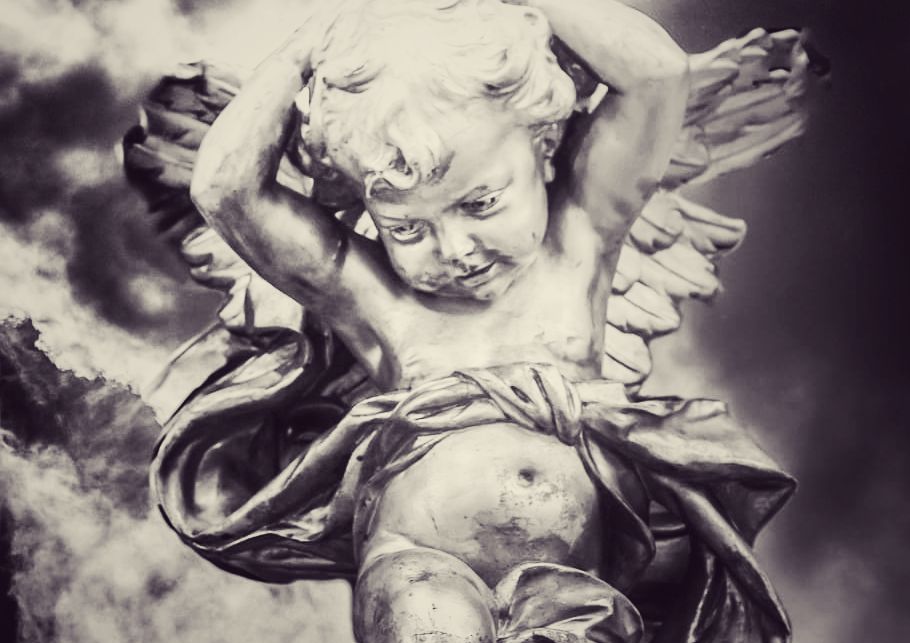 against the sun as they fly away.
Before the light, his

glows red, revealing the skeleton
inside him.
His eyes are frosty,
but the sun is ineffective and
bends away.
The walls of his prison
are fashioned from the bones of

and held together by translation. 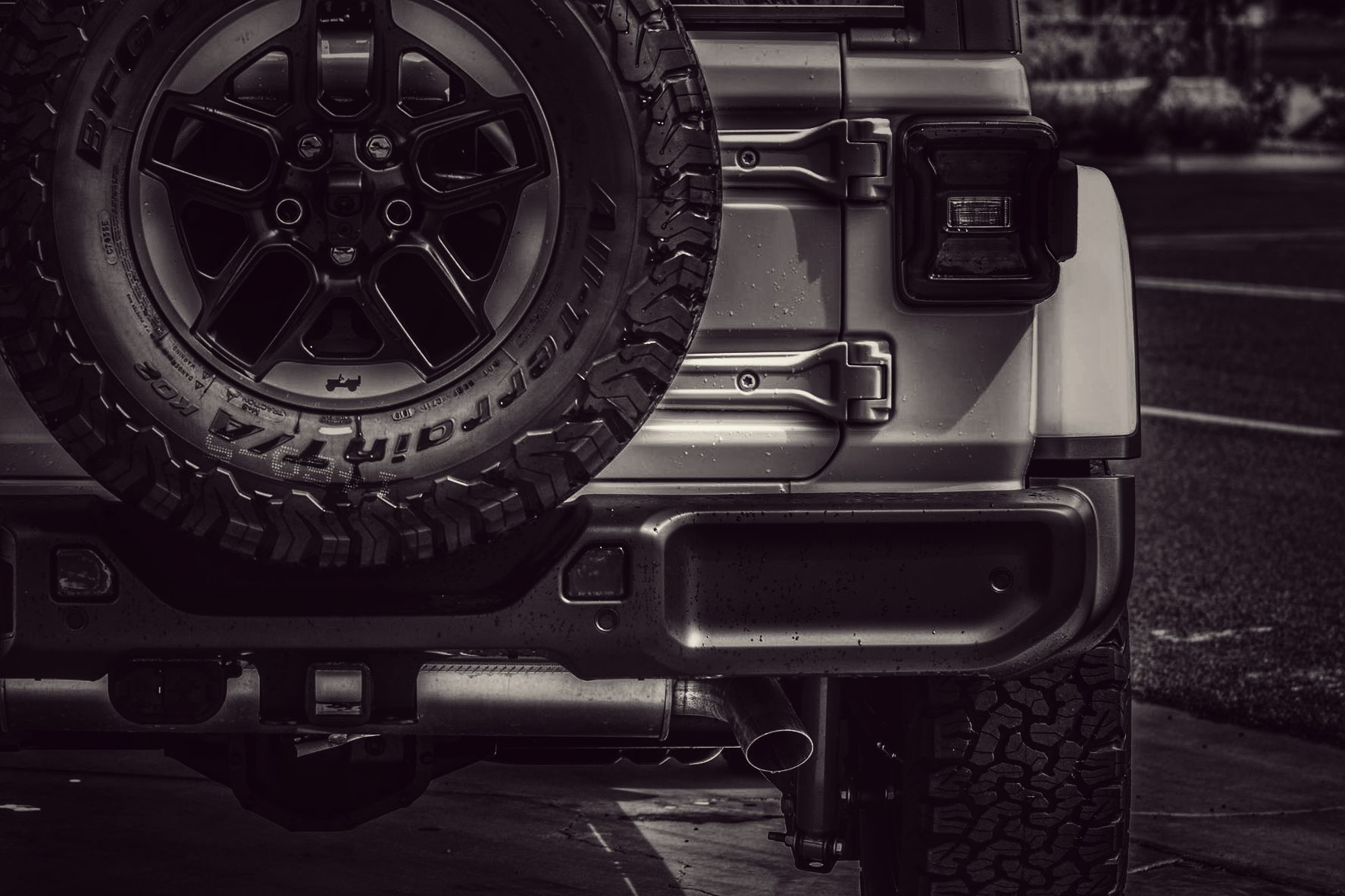 No one else will sit in the back of your green Jeep and watch silent movies because you let the battery die.
I know I should despise you, but it doesn’t come easily and neither do I.
You were the first one to smash me into the blue.
I wish I could have met you now instead of way back when.
Then maybe I would be one inhibition less and you would be ready to know me and know what you want.
I had a dream that we stole away and fell into each other.
I was lying on your chest, not yet wanting to move, enjoying my fingertips sliding down the length of your body.
The sensation made you quiver and the anticipation for something harder was killing you softly.
Awakening, I tried to return to you, but even with my eyes closed you were fading.
You left the silhouette of your body burning in my mind.
Maybe I was holding back, but I have never reigned before, never cried in the rain before, never taken the reins before.
You delivered a crushing blow and left me flat and disillusioned.
Yet still I want.
The wanting is all-consuming.
Wanting not necessarily you, simply I want.
I want what I want you to be. 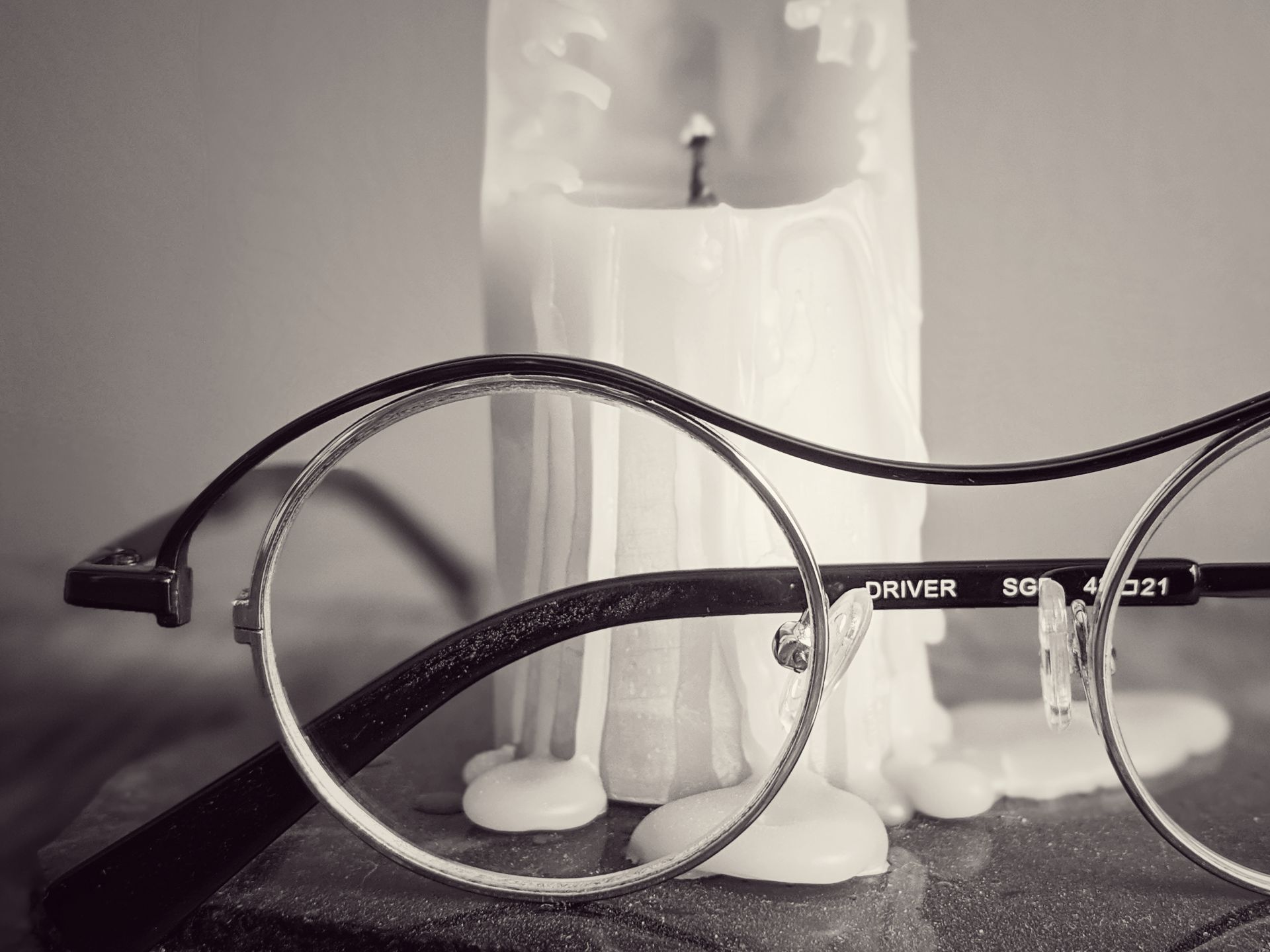 He is
the new phenomenon in Pistol City,

knocking over anthologies for years,
back hot toddies and ballads
for tears,
dropping his pennies into paper cups,
two at a time,
making his way into your hearts,
into your homes,
almost making you believe
that he has found a final resting place
to lay his fiery head,
to douse those luminous stands of divination
reaching out to make you see
bright lights,

reflecting all the right answers
off of the ocean,
elucidating your fears,
those lonely beads imploding into fathoms,
releasing amphibious childhood
monsters and other great productions,
now silent,
diaphanous vapours returning home
to where they brew,
to recalculate diplomacy,
developing a new criteria,

changing into shrewd relative blots
that speak of
effervescent strokes of genius
and other darker thoughts,
welling up,
a soggy epidermis desperately, painstakingly
holding onto a weak thesis,
a sorry interpretation
of an outdated exegesis from a
clumsy philosopher,
a wayward traveler who has left about

by the wayside,
hoping someone will pick them up
and see his brighter side. 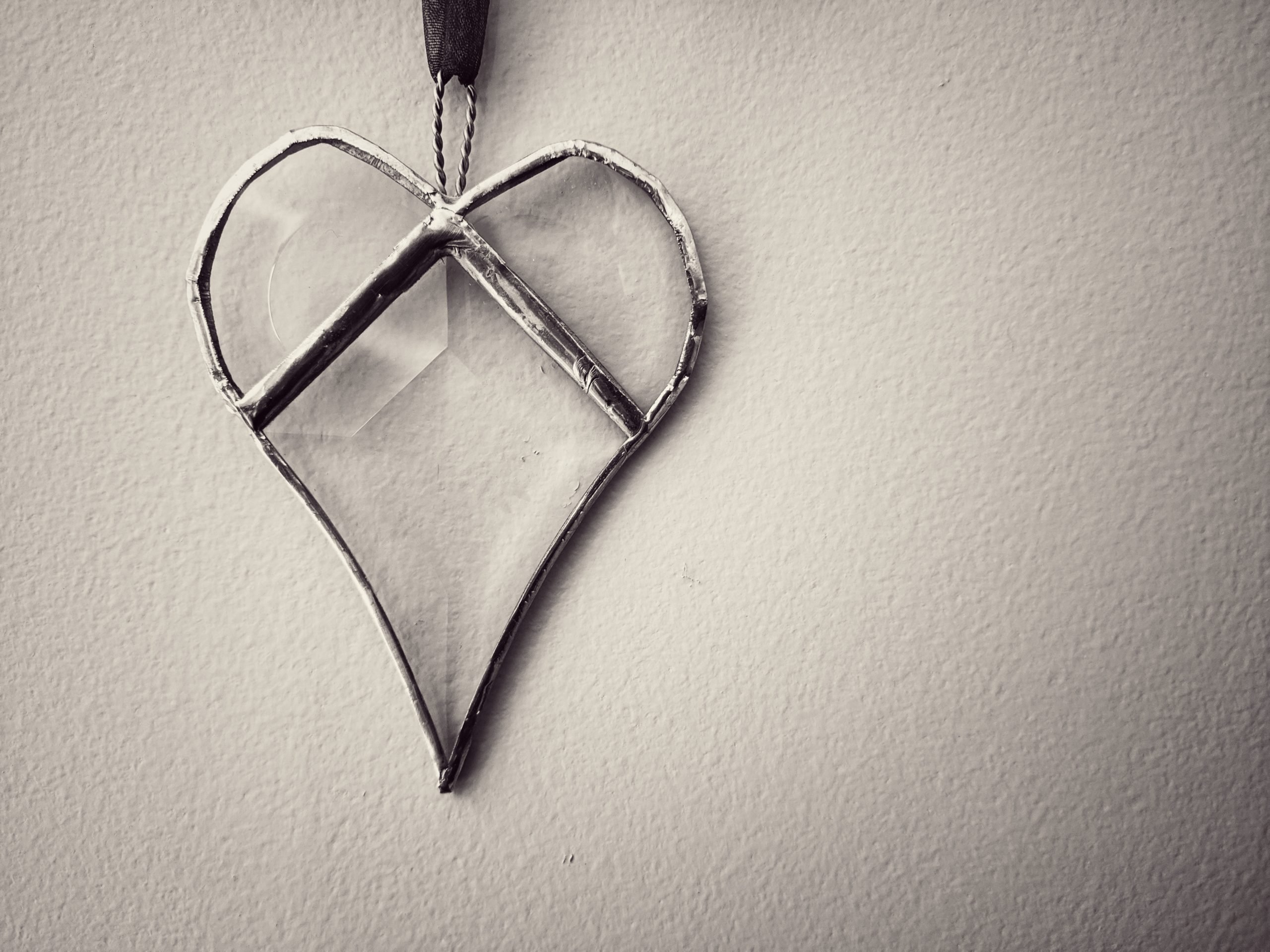 You dip your hand in oil.
I place my stained-glass heart in your palm.

I would rather you break me,
then never
have you hold me at all.

You got down on your knees
to gather up
all of the pieces with
your beautiful incompetent hands.

For one slow breath,
I was lucid.

Maybe breaking
what keeps us together
is how we survive.

Tiny little pieces give the clouds
room to roll back.

Tiny little pieces give us edges
to cut back curious fingers.

Tiny little pieces give us
no volume
by which to carry anything
ever again. 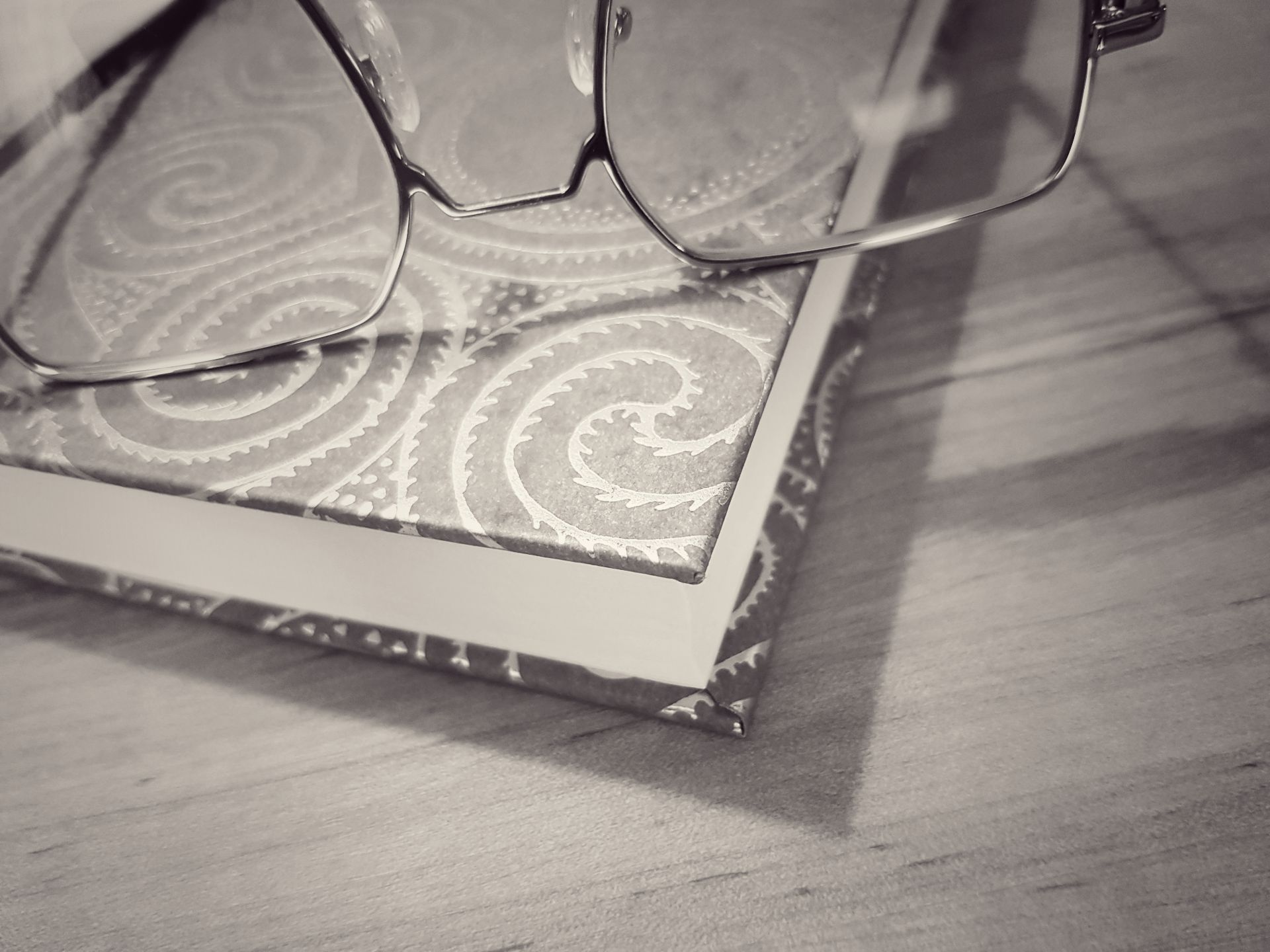 His glittering eyes give him the advantage – even over the intellectuals.
His beard is theoretical.

He’s so smart, she says, all dreamy-eyed.
Hypothetically, I tell her.
She ignores me.
I want a man with strong arms who reads Foucault.
I knew him when his arms were stronger and he read Leviticus.
She ignores me.

His hands are everywhere when he speaks – even on the back of my neck.
His fingers are subliminal. 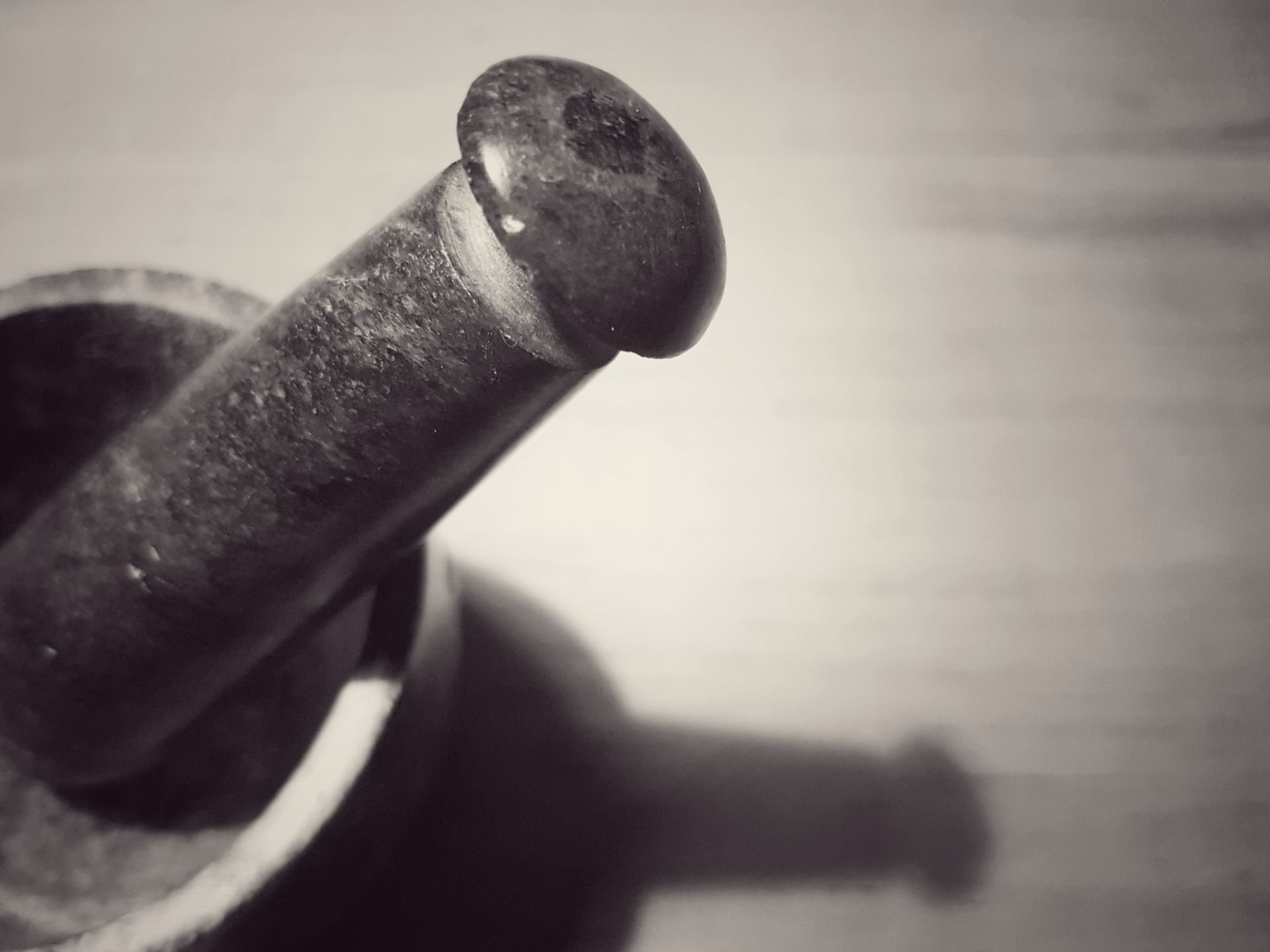 That man gave me bread,

shredding my teeth as I fed upon preservatives.
He asked that I crush myself in return
for his fuel,
welling like pools of sand in my lungs,
gritty and heavy,
it is the texture of my soul
after he kneaded it with his blunted fingers,
needed it for flavour,
sneaking pieces into the mortar,
so potent they could be used for hallucinations.
I swallowed at first
because I wanted to be gracious;
I was on my knees after all,
determined to be a well-fed activist
even though bilious,
with deep-down rumbling thoughts of insurrection,
visions that led me to believe
the whole time I was grossly mistaken,
unaware that those pieces were fake and
my real soul is light,
unlike those modifications
so dense they could be used as ammunition.
I spat everything in his face,
fearing assimilation
because everyone around him
was a beautiful
misconception of something productive,
trading away pieces of themselves
hoping to become
something definitive,
becoming instead something hard and intangible
something primitive.
I take myself out of the action
to watch these illustrations,
inserting captions.
A woman with swollen knuckles
a man standing before me, buckles
in between them,
something like a child wailing,
mouth so wide I can see into his belly,
so I offer him my little finger
as something to suckle,
only wishing that I could give him something
more filling.
They say spilling your tears is useless,
but it is all I can do
so I make tributaries and put us both in a basket,
hoping it will take us away from
the ferocity, the cemeteries,
the crumbling, self-proclaimed dignitaries
lacking porosity,
with so many delightful answers,
but never a question,
never anything but deception.
Drifting away, we watch everyone become
specks in the distance,
brushing them out of our eyes,
but it isn’t their inability to homogenize,
it isn’t their lies,
but what lies before us, we tell ourselves,
the anticipation of something glorious keeping us
rebellious and alluvial
while everyone else remains delusional. 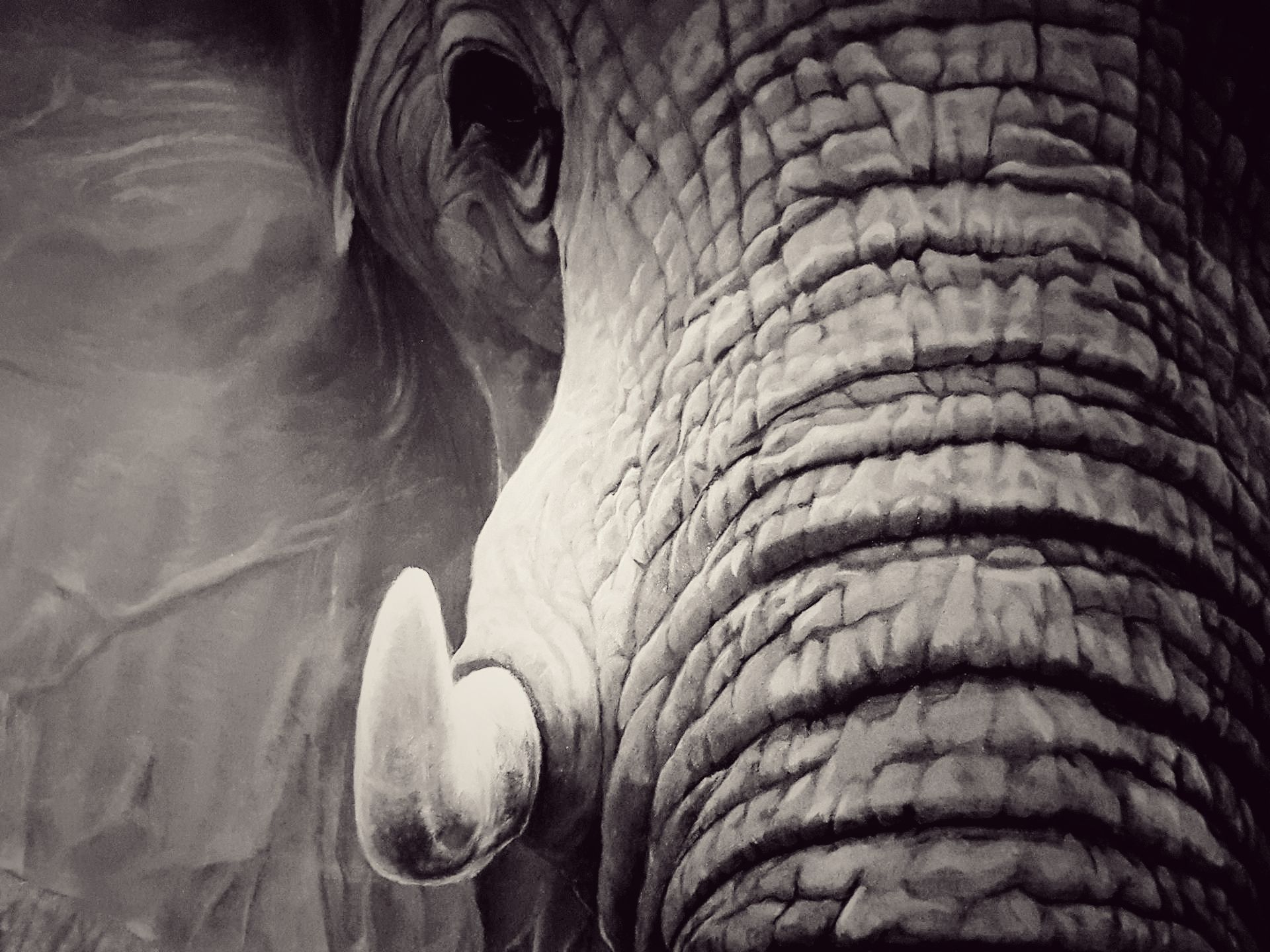 Can a sardine and an elephant
sit on a couch,
spread a little gill,
stroke a little tusk,
drink brews and make moves?

Am I really intolerant or are you
a fabulous liar?

Every beautiful thing is dismantled,
left to the scrutiny of
an incredulous mind.

We are dangerous skeptics of
anything good in this world.

In an imperfect world,
can a sardine really ignore
the elephant in the room?